The Angry Birds go to space. 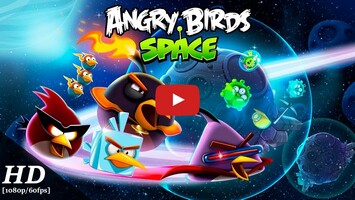 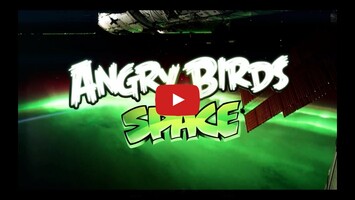 Advertisement
Angry Birds Space is the new edition of one of the most popular franchises in Android history, in which you will launch the most charismatic birds in the world of videogames all through out space and all that it entails.

The highlight of the game is that our beloved birds will be flying through space instead of through the air, and now you will have to be careful with the varying degrees of gravity and gravity fields in each level. Before launching the birds you will have to watch and be attentive to how they behave in the vacuum.

The game has 60 different levels in which, as always, you will have to try to get three stars. Just one star is enough to keep advancing, but thanks to this system you will always have a challenge ahead of you.

Angry Birds Space, beyond the slightly modified mechanics, includes other novelties similar to the original. To start, you will have at your disposal new varieties of birds with their corresponding powers. But, you will also have super powers that you will able to use at will.

The game’s visuals have also notably improved in comparison to the previous versions of the saga. Now, the stages are more beautiful and more detailed, the physics even more spectacular.

Angry Birds Space is one of the most fun games that you can find in Google Play. Furthermore, it is completely free and gets updated constantly, giving you no excuse not to get it now.
Reviewed by Andrés López Translated by Alexander Aldrich
Advertisement

How does it want to play :(

English: good morning friends! i'm from brazil so sorry if my english is bad (i'm trusting google translator) i wanted to know which folder the game file is in, i couldn't find it, if anyone can speak...

Part of my childhood, great game Art Puzzle
Complete these pretty pictures and bring them to life
Thief Puzzle
Become a top-notch thief
Play Together
A world full of fun
Impostor
Find the impostor
Build Roads
Rebuild the streets of your city in this fun arcade game
Empires and Allies
Build your base and lead your army to victory
FarmVille: Tropic Escape
The FarmVille you know and love, now on a tropical island
Looney Tunes World of Mayhem
The zaniest Looney Tunes game on Android